The Dublin Convention, signed in Dublin on 15 June 1990, aims at preventing asylum applicants from applying in several Member States at the same time.  On 01 January 2014 the third generation of the Dublin Regulation, the currently applicable Regulation (EU) No 604/2013 of the European Parliament and the Council (Dublin III Regulation) came into force. This and its implementing Regulation (Commission Regulation No 118/2014 amending Commission Regulation No 1560/2003) are the basis of the “Dublin procedure”.

The scope of countries applying Dublin procedure (all together 32 European countries) is wider than the Schengen Area and the European Union. 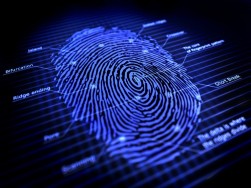 According to the principle of the Dublin Regulation the responsibility for examining an application for asylum shall lie with the Member State which played the biggest role in entering the „Dublin territory” of the asylum seeker either legally or illegally. However, the principle of family unity and wider range of rights granted for (unaccompanied) minors should be taken into account during the procedure.

The Dublin Regulation widely guarantees the right to information for the applicants. For proper information on the Dublin procedure the common leaflets drawn up by the European Commission and completed with additional Member State-specific information by the Member States shall be used. More information about the procedure can be found on the website of the Immigration and Asylum Office.

Since in most cases asylum seekers and irregular migrants do not possess valid travel documents or other appropriate documents to establish their identity, fingerprints constitute an important element in establishing the exact identity of such persons.

By Council Regulation (EC) No 2725/2000 concerning the establishment of “Eurodac” for the comparison of fingerprints for the effective application of the Dublin Convention – which was replaced by the currently applicable Regulation (EU) No 603/2013 of the European Parliament and the Council on 20 July 2015 – the Member States created the so called Eurodac (EUROpean DActylographic Comparison) system. By the comparison of the fingerprints stored in the system Eurodac enables the countries applying the Dublin Regulation to determine whether a person staying illegally and/or applying for asylum in one of the countries of the “Dublin territory” has previously applied for asylum in another Member State or has entered the “Dublin territory” illegally. Based on the comparison of the fingerprints the Member States are able to determine which Member State is entitled and obliged to carry out the asylum or aliens policing procedure of the person concerned.

“Eurodac” consists of a Central Unit that was established within the European Commission and operates a computerised central database suitable for the comparison of fingerprints, and the electronic means of data transmission between the Member States and the central system.


What kind of data are collected?

The data stored into the Eurodac database depends on the data subject, of which there are three categories:

These data are stored in the system for ten years, and then they are automatically erased. If an asylum seeker acquires the citizenship of any Member State the data shall be erased immediately.

If a Member State grants international protection (refugee status or subsidiary protection) to an asylum seeker, his/her data shall be marked in the central database based on the Member States’ instructions. However, these data shall be made available for comparison for law enforcement purposes for a period of three more years.


2. Data collected on persons apprehended in connection with the irregular crossing of an external border (over 14 years old)

In this case the aim of recording and transmitting data can only be to check whether the person concerned has previously lodged an application for asylum in another Member State(s), and if so, when. These data are not stored in the system.

The list of designated authorities which have access to data recorded in the central system of Eurodac for the purpose of facilitate the effective application of the Dublin Regulation.

The data processor is the Hungarian Institute for Forensic Sciences in respect of all three categories. The Institute is responsible for transmission of data to the Eurodac Central Unit, for receiving of data and for comparison of data.

In order to protect personal data, Member States which transmit data to the Eurodac system have to ensure that the procedure for taking fingerprints, and all operations relating to data process, data transmission, data storage or data erasure are lawful.

As a result of the efforts of the Hungarian presidency in 2011, the legitimacy and importance of Member States’ needs to have access to Eurodac for law enforcement purposes was recognized by the European Commission in its communication on migration of 04 May 2011. This communication contained that the Common European Asylum System (CEAS) should have such a Eurodac database which continues to facilitate the effective application of the Dublin Regulation and at the same time – under very strict conditions – meets the needs of law enforcement authorities.

For reasonable law enforcement purposes, designated authorities of the Member States and the law enforcement agency of the European Union (Europol) may request the comparison of fingerprint data with the fingerprint data stored in the central system in order to establish the exact identity of the suspect or victim of a terrorist offence or other serious criminal offence and to obtain additional information about the person concerned. This excludes both the comparison of Eurodac data in relation to non-serious criminal offences and the systematic or mass comparison of data.

Hungarian authorities with access to Eurodac for law enforcement purposes

Rights of the data subject

Data subjects have the right to be informed on the identity of the data controller; on the purpose of the data processing; on who and for which purpose can access to their data; on how the right to information and to erasure and correction of data can be exercised. The information shall be provided for asylum applicants and for persons apprehended in connection with the irregular crossing of an external border at the time of fingerprinting and for persons found illegally staying in the territory of the Member State at the time of data transmission. For minors the information shall be provided in an age-appropriate manner. The common leaflets drawn up by the European Commission and completed with additional Member State-specific information by the Member States shall be used for providing adequate information on the procedure of taking fingerprints for the data subjects.

Every Member State is responsible for the processed and transmitted data and their quality and has to ensure that data processing comply with the relevant EU and national legislation.

If the authorities detect incorrect (e.g. false, inaccurate) data upon notification or ex officio, they shall take immediate action to correct the data while simultaneously informing the data subject. If during the proceeding initiated upon request the authority refuses to fulfil the request, the authority is obliged to inform the data subject about the reason for denial.

The request has to be lodged to the authority that carries/carried out the asylum or aliens policing procedure. (See: http://www.bmbah.hu and  lt http://www.police.hu; Information can also be requested from the Central Office of the Immigration and Asylum Office and the General  Directorate of Law Enforcement of the National Police Headquarters.)

The authority has the right to refuse requests but it is obliged to inform the person about the fact of and the reason for denial. Should you find that the authority is not adequately responsive to your request, you then may turn to the Hungarian National Authority for Data Protection and Freedom of Information.

Expected changes of the Eurodac system

The reform of the Common European Asylum System is in progress, developments are expected in 2017 in this regard.

Guide for authorities when taking fingerprints for Eurodac